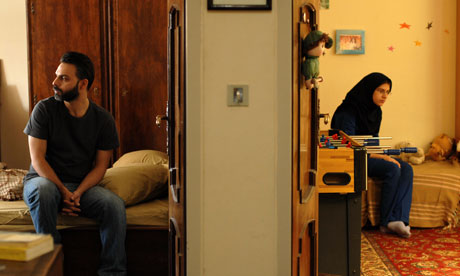 Winner of the Oscar and Golden Globe for Best Foreign Language Film in 2012, A Separation directed by Asghar Farhadi is an Iranian film which follows the series of events which stem from a married couples’ struggle to mediate a divorce.  Many critics have hailed this film as an exemplary example of Iranian cinema, which it is, as the constraints of the Iranian film code lead directors to employ creative methods with which to deliver quality stories.  This film is positively PG, yet conveys the bitterness and turmoil which can arise from marital conflict in a completely realistic manner.  Employing handheld camera and earthly performances from actors young and old, A Separation is a film that audiences will ponder long after viewing.